The Re-Launch of an Asian Icon - 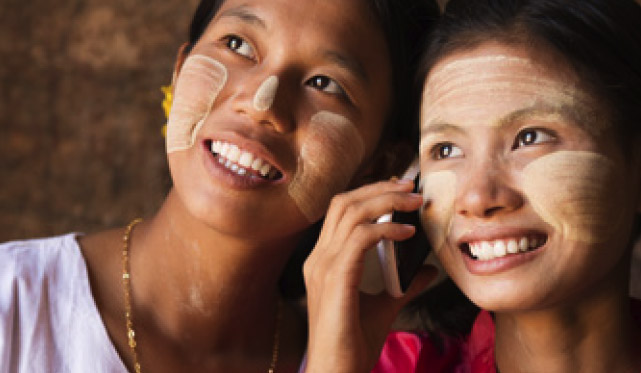 No 107 Strand Road, Rangoon was headquarters to the Bombay Burmah Trading Corporation, which by 1873 was the leading provider of tea in Burma and exporter to India and Siam. A beautiful building built in 1868, it is located next to the famed Strand Hotel, the two old ladies still standing proud, both historical monuments.

Some 70 years later, the building would be bought for the equivalent of $700 by a new airline company established by the Burmese Government, named Union of Burma Airways. UBA was born in 1948, in the same decade as other Asian pioneers such as Cathay Pacific, Garuda and Philippine Airlines. UBA began its first air services using 9-seat De Havilland Dove aircraft, with flights from Rangoon to Mandalay, Bagan and Heho.

By 1952, the first international services would be launched to Bangkok, Calcutta and Chittagong. And by the 1960s, the airline’s proud winged logo could be seen on the tarmac of Kathmandu, Dhaka, Hong Kong and Singapore. Over the years, UBA the fleet would grow to include the DC-3 Dakota, the Vickers Viscount, the Boeing 727, as well as Fokker Friendships and Fellowships.

But harder times were ahead, and Burma was to become isolated by the international community for some thirty years. All international flying ceased in 1982, as the airline concentrated on serving domestic routes.

In 1989, the country took the name Myanmar, its biggest city became Yangon and its national airline became Myanma Airways. Under a new government, Myanmar has rapidly returned to the international fold and is now a full and active member of the ASEAN Community (Association of South East Asian Nations). The country was Chair of ASEAN in 2014 and even played host to the SEA Games.

With a population of over 55m and more than 30 active airports, Myanmar’s Government quickly recognised that aviation could be an important driver for national change. Modernising its airports and airline was seen as a smart way to deliver economic growth, regional development, tourism and inward investment. With that in mind, it sought to modernise its national carrier, Myanma Airways.

The first step on the journey of change was the introduction of modern Embraer E-190 jet aircraft on domestic routes in 2012, which were leased from GE Capital Aviation Services (GECAS). These planes are highly popular and have led to a major improvement in service standards on domestic routes.

The second step was to plan the return to International skies to connect Myanmar to the fast growing markets of Asia, for which the modern Boeing 737-800 and MAX 8 were selected and a fleet of ten were contracted to be leased from GECAS in early 2014. Next, the airline was corporatized and renamed as Myanmar National Airlines (MNA) at the end of 2014.

AviaSolutions has been working hand in hand with the management team of MNA over the past 18 months, advising on the airline’s international expansion plan and implementation. Everyone in the Avia team has contributed to the MNA project, providing consultancy in all key airline business management functions:

The new strategy of MNA is based around two key elements – a boutique service experience that reflects the innate hospitality of Myanmar, and the easiest connections at the Yangon hub to and from 26 domestic points. As a premium leisure destination airline, MNA’s goal is to stretch visitors’ experience of Myanmar hospitality and culture, starting with the moment they step onboard the flight from their home city.

This aircraft delivery also sees the much anticipated unveiling of the airline’s new brand which draws strongly on Myanmar values, through the lotus flower logo so important to Buddhist culture as well as sacred carvings from pagodas and a colour scheme reflective of temple gold.

And as a mark of deference to the airline’s proud history, the Unionair call-sign and UB two-digit code have been resurrected and re-introduced while MNA’s historical headquarters now contains a modern Travel Centre for passengers to visit and book flights.

Avia and MNA are thrilled that so many new visitors will soon experience the unique culture of ‘The Golden Land’ aboard its proud, resurgent national airline.